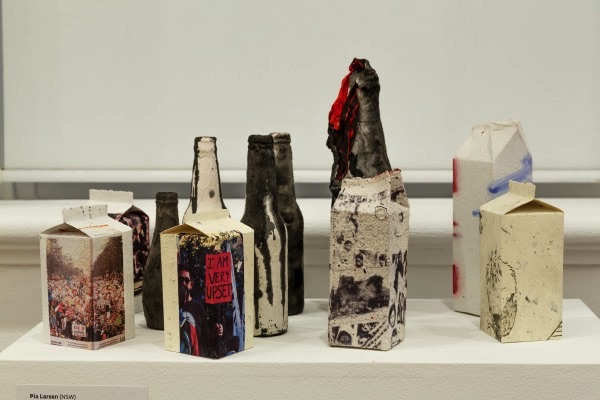 The work ‘Democracy Needs You’ depicts times of protest from the past, such as a Democracy March in Afghanistan in the 1970’s, and the present, at the 2017 ‘Women’s March’ in Washington D.C. Public protest articulates issues of the day through gesture and language. In the 2016 March in Sydney against Liberal Premier Mike Baird public disquiet was exemplified by the sign that read,  ‘I am very upset’. The images of protest take form as Tetra Pak cartons, ubiquitous objects of worldwide utility used at all levels of society. Blackened champagne, beer and soft drink bottles symbolise the dark effects of authoritarian rule that push against power vested in the people.